A new update to Mario Kart 8 apparently adds six new playable characters, one of which is brand new to the series. The supposed characters are not available from the start, but if Miiverse user SuperZambezi is to be believed, the hidden six characters can be unlocked by placing first in the 200cc cups. The six characters include:

The latest update for Mario Kart 8 went live this morning on April 1.

I know dis may sound a bit farfetched butt uhmmm
Dis is an April Fools joke. Ain’t it kek?

Are you talking about this? 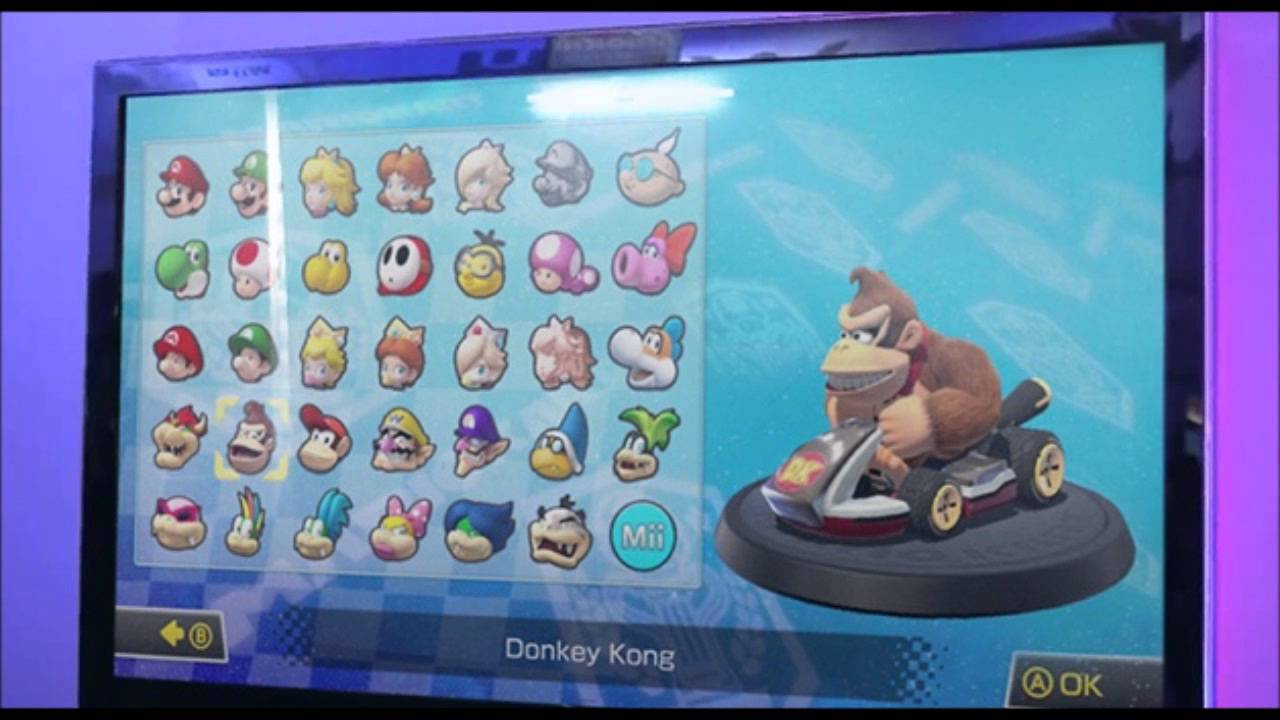 Kamek was actually originally going to be in the game, that was until Pink Gold Peach came into the picture.
Not an April Fools joke.

Nintendo be like:
Guy 1: Oh hey! Here’s an idea! Let’s put Magikoopa into MK8! Since we were suppose to do that back during the N64 days!
Guy 2: Nah, Let’s add a metal version of peach instead! Fans will totally love that!
Guy 1: But won’t that require us to disable the movement of her hair?
Guy 2: Nah, who will ever notice!
Guy 1: I like this idea…PINK GOLD PEACH IT IS!
Both of those people were never heard of again.

Now I want an MPL Article about that…

I GOT SO EXCITED AND THEN REALIZED IT’S APRIL 1

Today I learned how it feels to be one of those people on April 1st. Nothing has hit me harder than this “joke” :'(

Even if this wasn’t posted on april 1st, the big giveaway is the fact that the character selection glassy look cuts off the designs in the background.

Nice try SuperZambezi Its April 1st so this is a joke I just know it is.

I have actually made my own

*Puts on Old Man voice* You know, back in my day, it was fake images of Sonic the hedgehog in Mario games that people would post as April Fools jokes. Yessiree that was unthinkable. Nowadays it’s beloved Mario characters in Mario games that are the joke… the future is a strange and terrifying place.

I agree with ya, old man Gadd. Even though we may be archnemeses here, it’s time like these when we’ve gotta stick together.

It’s scary how true this is.

Haha, these characters should’ve been playable from the start, if only it was real, would’ve been a perfect roster (or almost).

This is why no one should believe anything that gets posted on April 1. Some are silly to believe the content to be actually real. I wait until the day is over to check April Fools news. That way, I cannot be fooled.

Old pic is old…nice joke, though!

Oh no. Whatever shall I do. There isn’t even bowser jr. Cough cough

Is the update real?

No. This post was made on april fool’s day. Sorry for the confusion 😛

Is this update real?

Are the DLC cups included for unlocking them