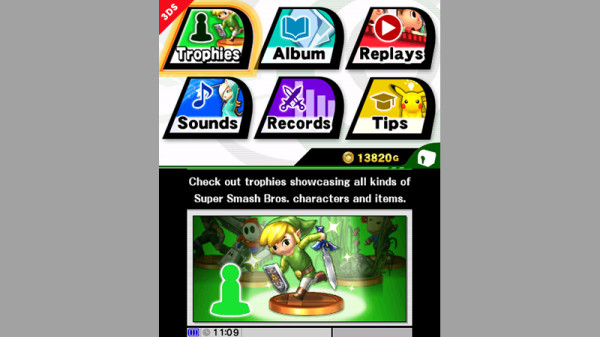 This is what the view looks like within the Vault. Your Trophies collection will start off with one randomly selected trophy. In your Album, you can view pictures you’ve taken of fighters posing. Photos taken with the 3D Depth Slider on will take photos in stereoscopic 3D, and photos will be in 2D when they’re taken with that feature turned off. 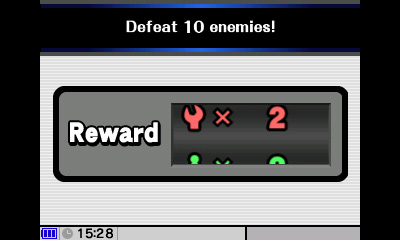 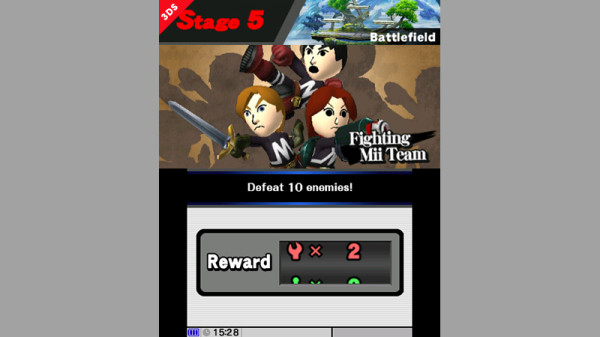 In Classic mode, a roller spins before every stage to determine your reward. Rewards in red are for customization, green ones are trophies, and yellow means precious gold. Of course, if you raise the intensity, the abundance of these rewards will increase quite a bit, too. You can be rewarded in every stage, so in that way this mode might be a little more generous compared to previous games in the series.

And here’s the results screen. It shows what you gained in each stage, but you won’t be rewarded until you clear it all. If you mess up in the middle, you can lose some of them too. The fighter icons are special attacks, and icons like the shield are equipment. The icons that say Mii on them are hats and clothes for Mii characters. Icons that show characters on a stand are trophies, of course, and the coins are gold you earned. 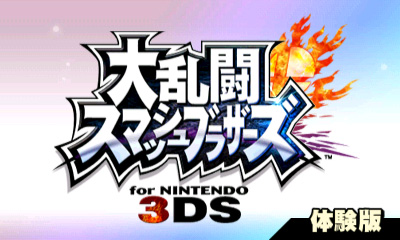 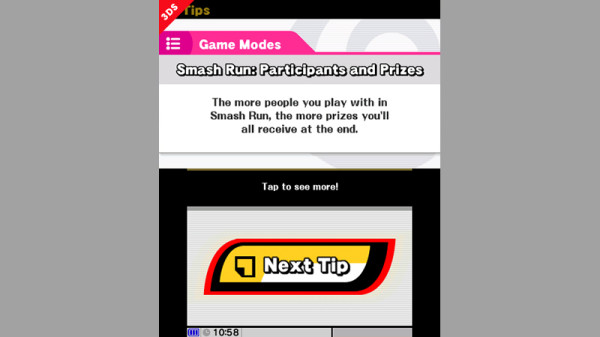 The only mode available on the demo version is Smash, but I also left open a feature called Tips. Just remember to tap that button. You’ll figure the rest out once you do.

A reminder that all Leak Discussion goes HERE! 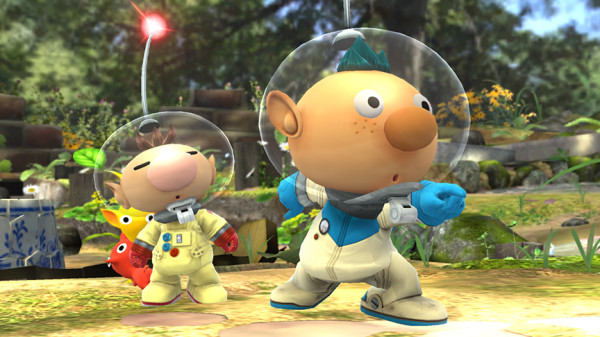 The hero from Pikmin 3, Alph joins the battle!! He has pretty much the same set skills as Olimar since he’s basically just his variation. He can’t use Rock Pikmin either. 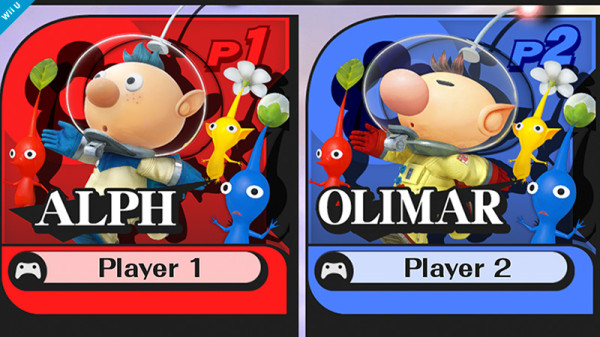 They are different characters, so they each get their own title treatment on the character-selection screen. See? It says Alph. 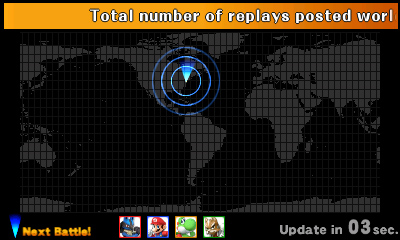 This is the World Status you can see in Spectator mode. The game isn’t released yet so the map looks pretty plain now, but I wonder what it’ll look like once it’s out? Also, this is where you can see all sorts of stats being tallied up. In Group play and Spectator mode, you can see characters you haven’t unlocked yet, so watch out if you don’t want to be spoiled. 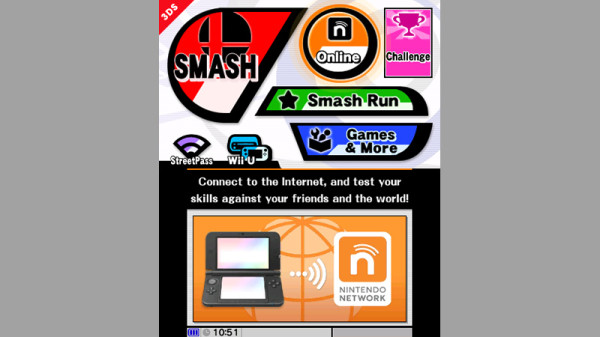 Even if you don’t want to be spoiled, it might be wise to select the Online option at least once before you start the game. Your Global Smash Power won’t appear until the first time you connect to the internet. Not only that, but there could potentially be a patch available that can resolve potential issues, like the one being released now for the Japanese version of the game. For the package version, updates can be pre-downloaded to your system even before you purchase the game, so make sure you look out for them.