After much of the press was able to get their hands on a near final build of New Super Mario Bros. 2, new details emerged that give us a few last looks at the game before it’s Japanese release in just two short days. So without further ado, here are the most important details to help build up that hype: 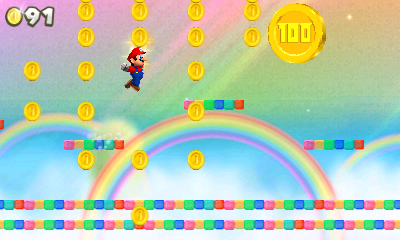 Thanks to GameXplain for the info!

sorry is 8 worlds no 8 boss

You Could Be Right,Bowser Jr. Might Be The Boss Of The Special World And Then You SAve Princess Peach. It Could Be That Bowser Jr. Is Like A Boss In A World Entierly Made Of Coins And When You Battle Him And Defeat Him He Explodes Into 10,000 Coins.

I think there will be an extra world.

more than 8 worlds that means an extra world wheere you must get starcoins. what i wanan know is how often it save every toadhut and castle or every level

Italy has a release date look on Mario wiki to see and Japan’s NSMB2 is released tomorrow.

Actually it already is released. Remember, due to time zones it’s already tomorrow in Japan.