Our second review of Mario Party is in! We are again treated to another review from a magazine, this time completely in German. However, the review score is blurred out and three pages are missing, therefore we will have to wait until the magazine hits stands before the score and additional information is revealed. With that said, let’s check out what we were able to translate out of the review.

According to Waluigi.de, N-Zone has given Mario Party 9 a 75% for Single Player and an 85% for Multiplayer. 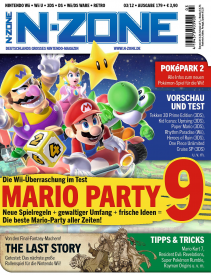 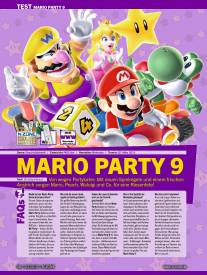 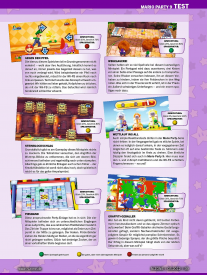 Thanks to Externica for the translations!

Old problems in the series:

Could remove MP9 those problems?

Thanks again to GenesisOne for the find. Check out N-Zone and more scans from the issue here!

FINALLY I CAN LEAVE OUT COMPUTERS!!!!! 😀

I don’t think coins are useless. In older games, you have to earn your way to the star, instead of MP9’s getting mini-stars by Dice Block rolls.

5% better than Mario Party 8, which rated N-Zone with 70% in sinlgeplayer and 80% in multiplayer.

Thanks for the tip!

this sounds horrible. Where is the Mario Party I know and love?