Mario Party, how did it become a multi-million-dollar seller?

Mario Party began development by Hudson Soft when the N64 was entering into its mid-life. It was born in late 1998/early 1999, and it’s a birth that has taken this series into 13 years of pure Mario Party fun.  One of the reasons for this immense success is due to the fact that consumers go ahead and buy copy after copy which makes the developers believe that the people want “more.” The beloved franchise has seen its ups and downs; however, that’s not stopping the developers’ minds from continuing with thoughts involving more Mario Party. With Mario Party 9 looming over the March horizon, there’s no denying that the series will continue to live on and be as successful as it was set out to be in the first place. So the big question is: how did the series become this successful?

All for fun, and fun for all

Let’s see, (according to VGChartz) here are the standings for the sales of each (major) Mario Party game:

Without a doubt, it’s a successful franchise that continues its legacy to this day. Just how did it become this way?

1.       Appealing to those who are familiar to the Mario franchise:

It’s immediately given that since it’s from a favored franchise, people obviously will recognize Mario and decide “Hey, that’s a Mario game! It must be fun and good, and it’s a must have.” Throughout the course of the Mario series, reception has remained positive to a point where finding negative feelings towards the series was of a rare or scarce sort (bad ratings come from those uncommon Mario titles that no one really cares about or small glitches or issues with some games.) 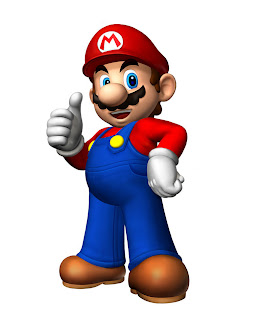 Everyone recognizes the plumber wearing red

A lot of people enjoy playing board games, especially board games that come from consoles since they usually are arguably a lot more fun than those old-school regular real-life board games (there’s nothing wrong with those).  Plus, they’re animated and full of colorful characters which not only bring board games into a new dimension; it brings board games to life (in a way). It’s original, in that there isn’t another board game like Mario Party out there in reality, nor has there been a board-like game in the video game world which can compare to Mario Party. Sure there are numerous board games out there which play in a similar style of Mario Party, but which real life board game has mini-games? Well, you can’t really play mini-games in real life in the style of Mario Party. The mini-games of Mario Party draw players together to play against or with each other in a vast variety of fun and competitive forms of games. This might have the largest impact in the public’s decisions in buying a Mario Party game because it’s where (arguably) most of the competition lies. We want more mini-games, we want more competition, and that’s kept us buying one installment after another.

Wacky mini-games, there are just so many! (image belongs to IGN)

I believe these are the leading factors in the success of the Mario Party series. Anyone have

other possible contributing factors in the success of our beloved series?